Director
Indigenous Food and Agriculture Initiative at the University of Arkansas 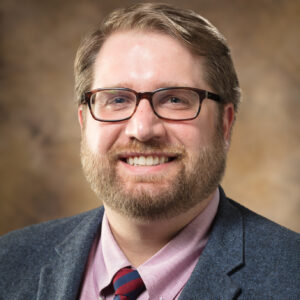 Colby D. Duren, J.D. is the Director of the Indigenous Food and Agriculture Initiative at the University of Arkansas’ Office of the Vice Chancellor for Economic Development (IFAI). He previously served as Policy Director and Staff Attorney for IFAI since 2017. Colby has over 13 years of experience in federal Indian law and policy, with a specific focus on food, agriculture, nutrition, natural resources, and economic development, which includes work on three Farm Bills. Prior to joining IFAI, he worked as Staff Attorney and Legislative Counsel for the National Congress of American Indians (NCAI), the Native American Rights Fund (NARF) Washington, DC office, and OFW Law. Colby earned his law degree from the American University Washington College of Law in 2012 and his Bachelor of Arts from Vassar College in 2006. In 2016, Colby was nominated by the Native American Bar Association of Washington, DC for its Significant Contribution in Indian Law Award for his work on environmental issues in Indian Country. He was also recognized by the Intertribal Agriculture Council membership in December 2018 for his work supporting Tribal governments and Tribal producers in the development of the 2018 Farm Bill.