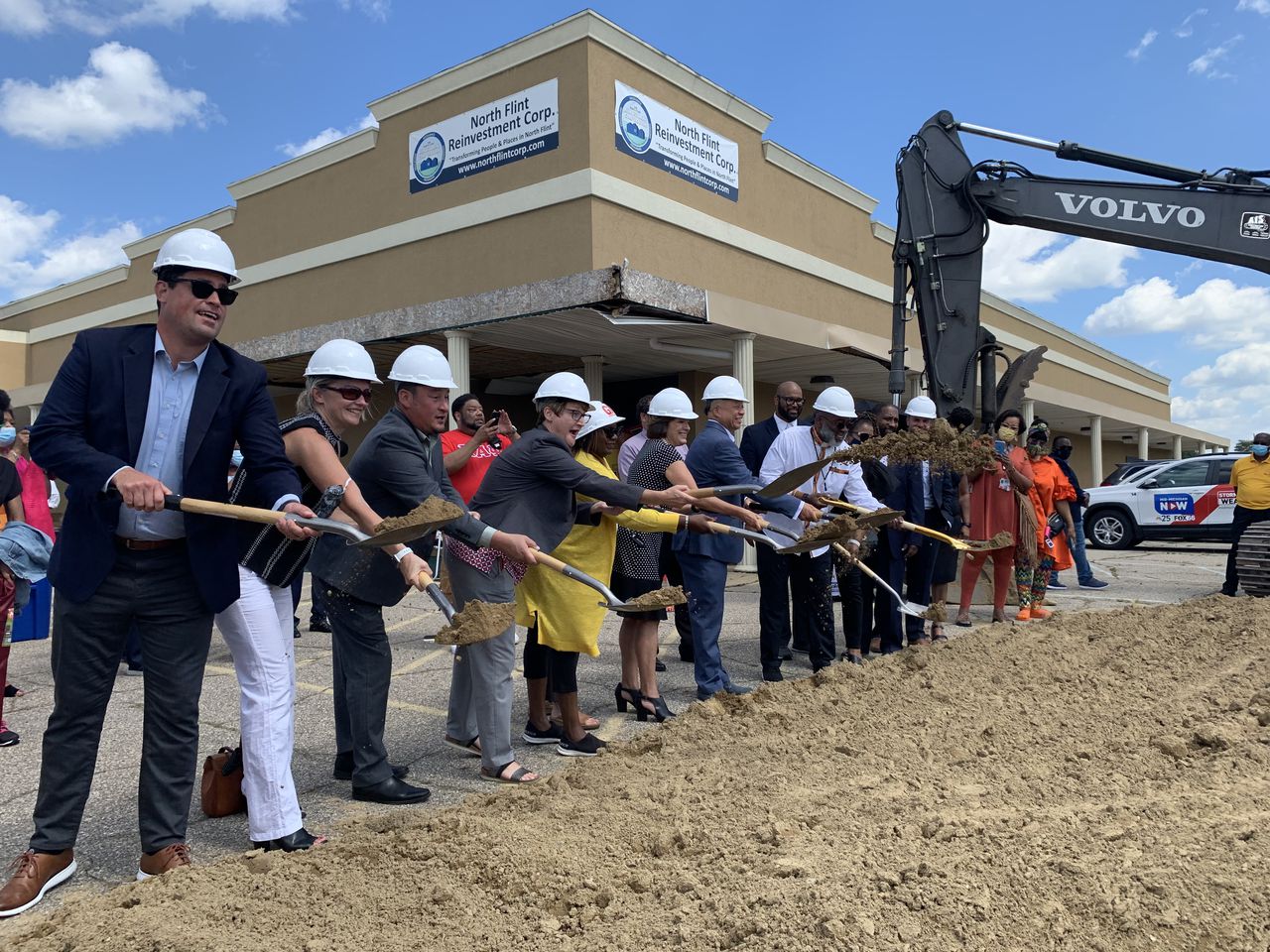 Organizers and supporters of the North Flint Food Market pose for a photo at the groundbreaking ceremony on Monday, Aug. 30, in Flint, Michigan. (Dylan Goetz | dgoetz@mlive.com)

The food market, which will be operated as a co-op using support from community contributors, will bring a new grocery option to an area that has lacked grocery options since Kroger’s location shut down in July 2014.

Multiple speakers at the groundbreaking spoke about Peathon Massey, a 70-year Flint resident who wanted to see the opening of the city’s first co-op grocery store but died shortly before its opening at age 93.

Before his passing, Massey wrote a letter with his final prayer: “Please find enclosed a check of $250 toward the NFR (North Flint Reinvestment) group. I have been a resident of Flint and have resided on the north side since arriving from Arkansas. … Please note, I am 93 years old. My prayer is that I am able to walk down the isles pushing a grocery cart upon completion. If not me, then my children, grandchildren and great grandchildren shall be afforded the opportunity. Keep up the positive work.”

Betty Massey, one of Peathon’s nine children, read the letter before the crowd. All nine of his children are now member-owners of the co-op.
General Manager Arlene Wilborn said the effort has already secured 908 members, and that is not counting everyone who signed up to support it today.
It’s unique economic structure as a co-op is why organizers feel excited to bring a grocery store to an area where others have tried and failed.
“We are going to be able to transition this community,” Wilborn said. “It’s not just one person who owns this store — we all own a piece of this store. When we own it, we are going to take care of it.”
Rev. Reginald Flynn, CEO of the North Flint Reinvestment Corporation, said construction will likely take about nine months before the grocery store can open for business. 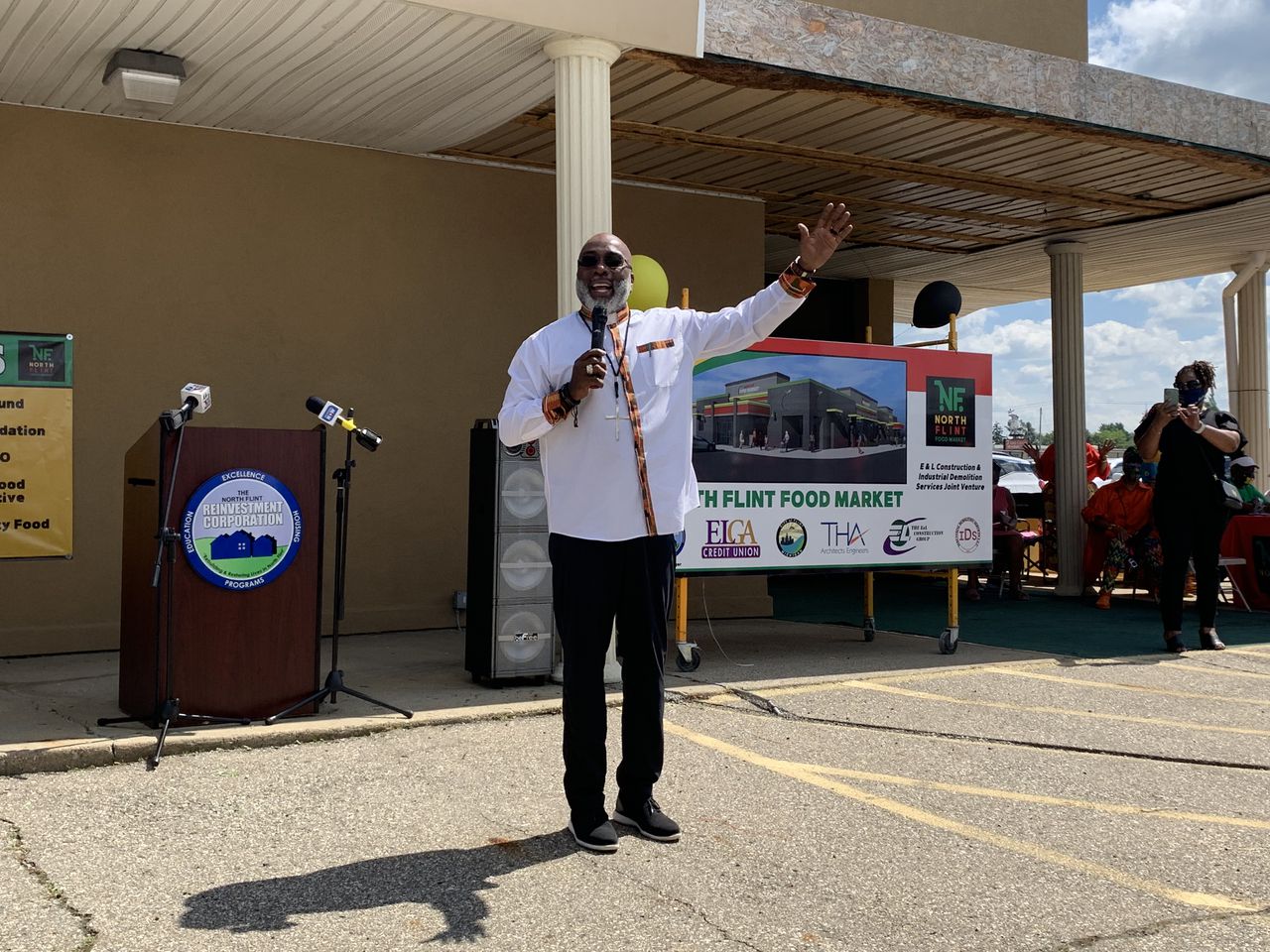 Flynn spearheaded the effort since its inception seven years ago.

When it was his turn on the podium Monday, it brought him to tears. Flynn was left speechless.
“Wow,” is all he could muster before receiving cheers from the crowd.
Flynn said Massey’s letter gave the pastor new motivation to keep pushing to make the North Flint Food Market a reality after multiple setbacks.
Supporters include the State of Michigan, the Charles Stewart Mott Foundation, Michigan Economic Development Corporation, Ruth Mott Foundation, Flint & Genesee Group, EGLA Credit Union and others.
Article appeared on Michigan Live on August 30. 2021.
Back to News